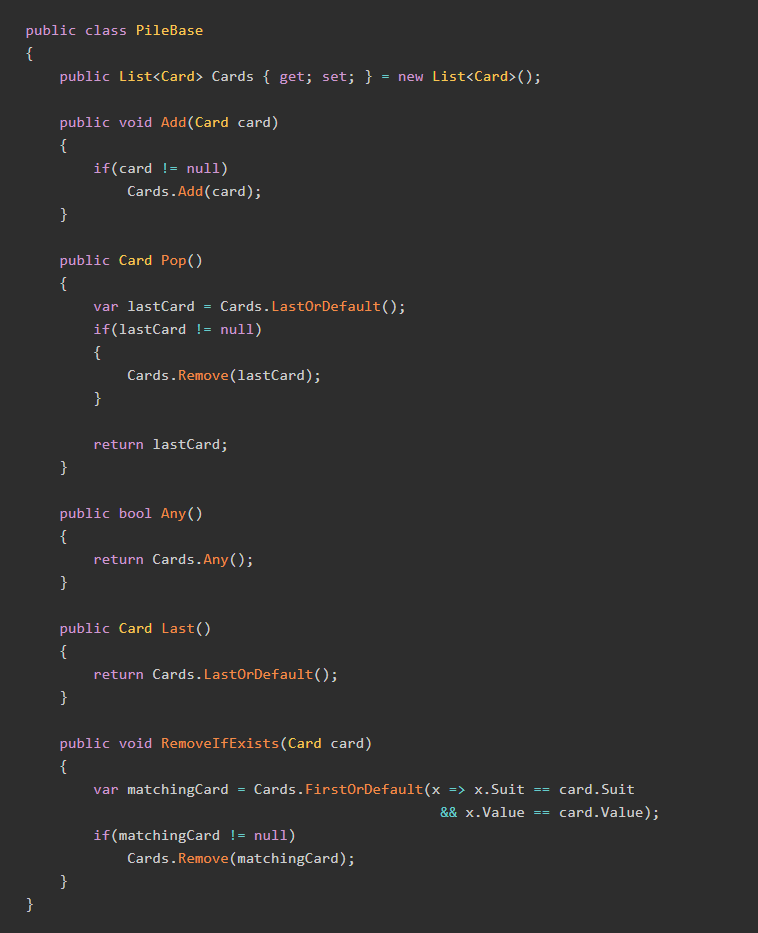 Since we now have a good understanding of how we want to implement Solitaire in Blazor, let's start building our "back-end" model by creating a set of C# classes to represent cards, the draw pile, the discard pile, the suit piles, and the stacks.

The most basic class we'll encounter when modeling Solitaire is an individual playing card. In the real world, these objects only need two properties:

Both of these will be enumerations in our implementation; they look like this:

Eagle-eyed readers will notice that these are the same enumerations we used for our Blackjack implementation:

In our Solitaire implementation for a single card, we're going to include a few additional properties:

All of these properties together results in a C# class Card:

Just like in Blackjack, the next object we need to build is a deck of cards. It is from this deck that the player will draw single cards for use in their stacks or in the suit piles.

At its most basic, a Solitaire draw pile object (which we will call CardDeck) contains a collection of cards. We will implement that collection as a Stack<T>, because it must be drawn in a certain order.

In a game of Solitaire, the player can draw cards from the draw pile. Cards drawn from the pile in this manner are visible to the player. We will need a method to represent this:

We also need two other methods, which are used in certain situations.

With all of these methods in place, our CardDeck object is complete! Now we can begin thinking about to represent the discard pile...

But wait? If we think about it, the remaining objects we need to create (the discard pile, the suit piles, and the stacks) are all pretty similar. Maybe we don't need to model them individually?

The Base Pile Class

Here's a quick reminder of the layout of our Solitaire game:

An interesting thing about the remaining objects (discards, suit piles, and stacks) is that, ultimately, they are all the same root thing: an ordered pile of cards. Each of them behaves somewhat differently (e.g. the Discards only allows the user to select the topmost card, the Suit Piles must be stacked in order, the Stacks have hidden cards, the player may move entire substacks of cards from one Stack to another, etc.), but they're all still a ordered pile of cards.

If we enumerate the functionality of each kind of stack, we might find that they have some things in common. For example:

To my mind, this is enough to have a base class PileBase that the Discards, Suit Piles, and Stacks will inherit from. Let's create that base class:

Note that our collection of cards in PileBase is a List<Card>, not a Stack<Card>, because a List<Card> is easier to interact with.

If we work through some of the features of Solitaire, we can add some methods to this base clase.

We can now build three classes which need to inherit from the PileBase class, starting with the Discards.

Therefore, our implemention of DiscardPile inherits from PileBase and has one unique method:

The suit piles are slightly more complex than the discard pile.

For starters, only cards of one particular suit can be added to each suit pile. To make this easy to track, let's create an object SuitPile which inherits from PileBase, has a property for the pile's CardSuit, and a basic constructor:

Let's create a property of SuitPile that will check the topmost card, and return the value the pile is currently looking for:

Convenience Method: Is the Pile Complete?

We'll also include a simple convenience method that returns a bool specifying whether or not the pile is complete (i.e. the topmost card is a King):

Our SuitPile class is now complete!

The Stacks are far and away the most complicated of the classes the inherit from PileBase, because they have much more functionality. Among other things, the Stacks must ensure that:

But the most important functionality, the one that will be the most difficult to implement is:

In this implementation, I have chosen to make the rank-and-color rules exist outside of the StackPile class, so we will be implementing them in a later part of this series. You may choose to do this a different way.

Let's start with an empty class, which we will call StackPile:

The StackPile needs some basic functionality, including:

We also need a specialty method, one that gets the index of a particular card in a given Stack. We will use this method when we implement dragging substacks from one Stack to another:

With that, our StackPile implementation is also complete!

Don't forget to check out the GitHub repo for BlazorGames if you haven't already:

As you might have noticed, the C# classes in this part of our Solitaire in Blazor series are more straightforward than in other games. This is because much of the functionality we need will be implemented in Blazor Components rather than C# classes, and we will start doing that in Part 3 of this series, which is coming up next.

Did you see something I could do better? Got a way to make my code more readable, more understandable, more concise? I wanna hear what you have to say! Share in the comments below. 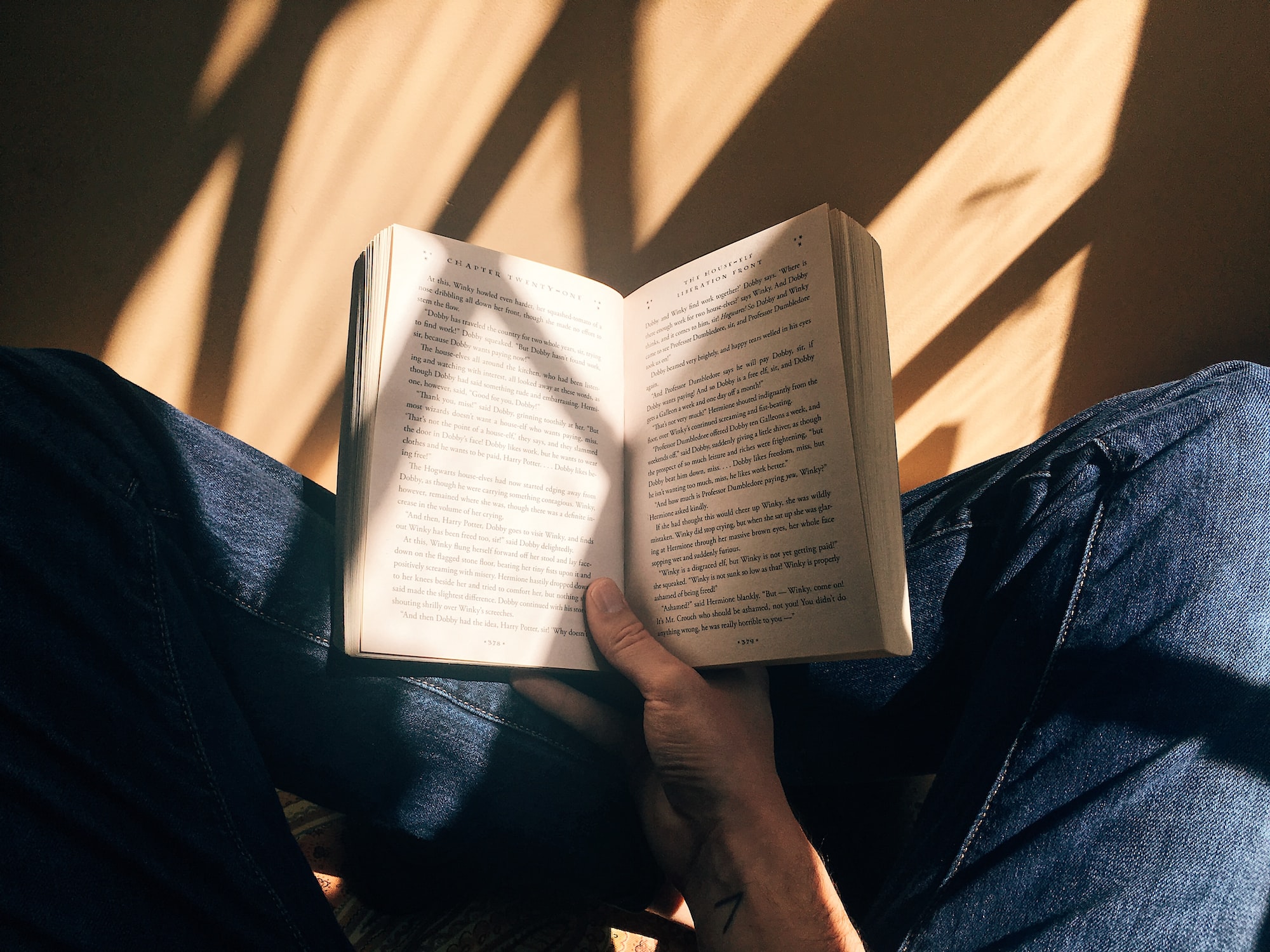 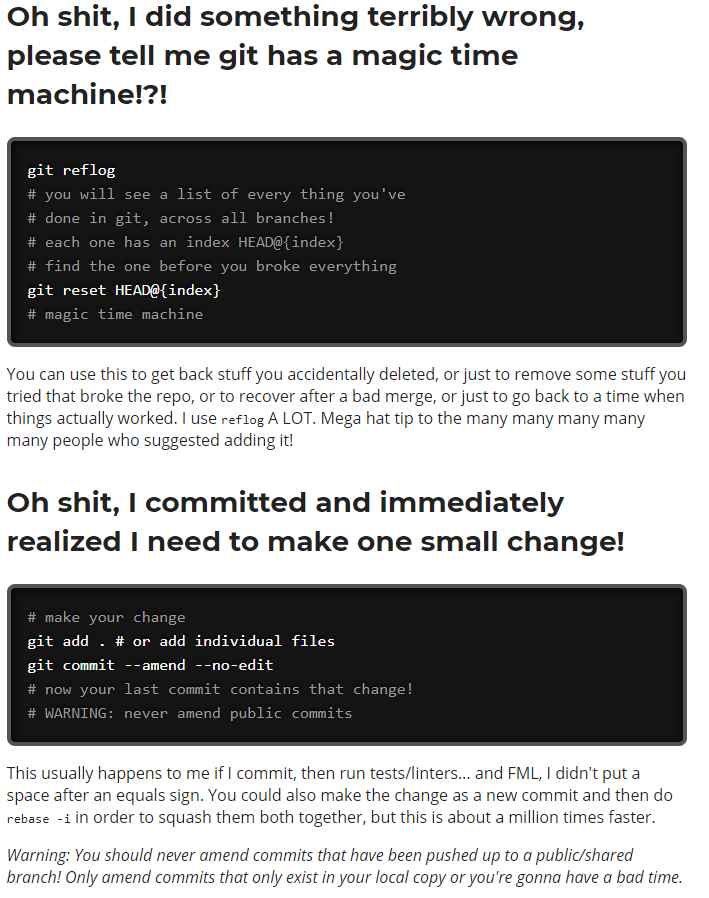