Anyone who works with ASP.NET Web API should check out this poster that Microsoft created to explain the Request/Response Pipeline that Web API utilizes. It's amazing, and if you do any work in Web API you should check it out! Right now. Yes, seriously. Go ahead, I'll wait.

I love this poster, but in my opinion it doesn't do a good job of explaining the decision logic and ideas behind each step in the pipeline. Further, it doesn't explicitly tell you exactly how many things happen during this pipeline (answer: a surprisingly large number of things). In short: it's awesome, but it can be made more awesome by incorporating just a little more detail.

Here's what we're going to do in this post: using that poster, we're going to enumerate every single step involved in processing a request and receiving a response using ASP.NET Web API 2, and explain a little more about each piece of the pipeline and where we programmers can extend, change, or otherwise make more awesome this complex lifecycle. So let's get going and step through the ASP.NET Web API 2 Request Lifecycle in just 43 easy steps!

It all starts with IIS: 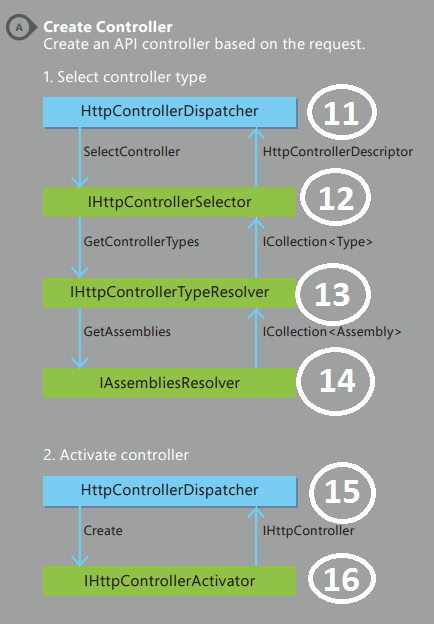 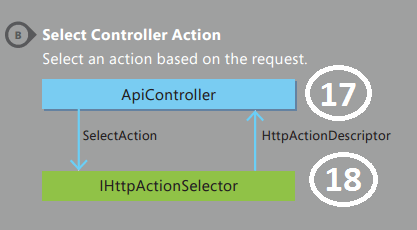 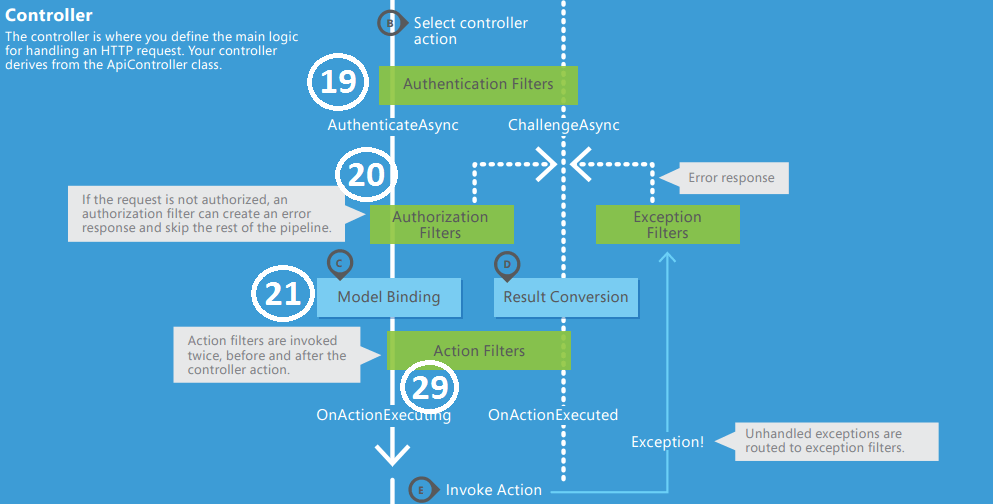 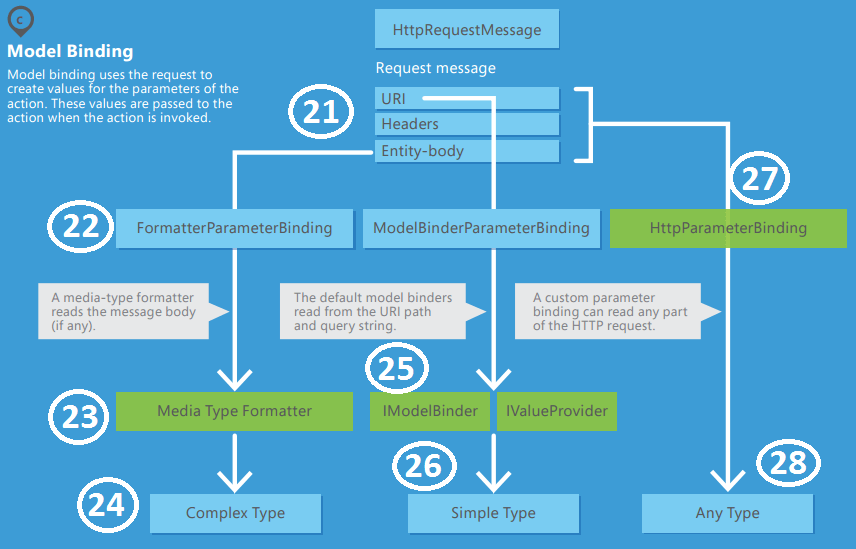 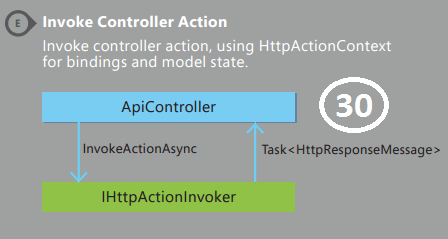 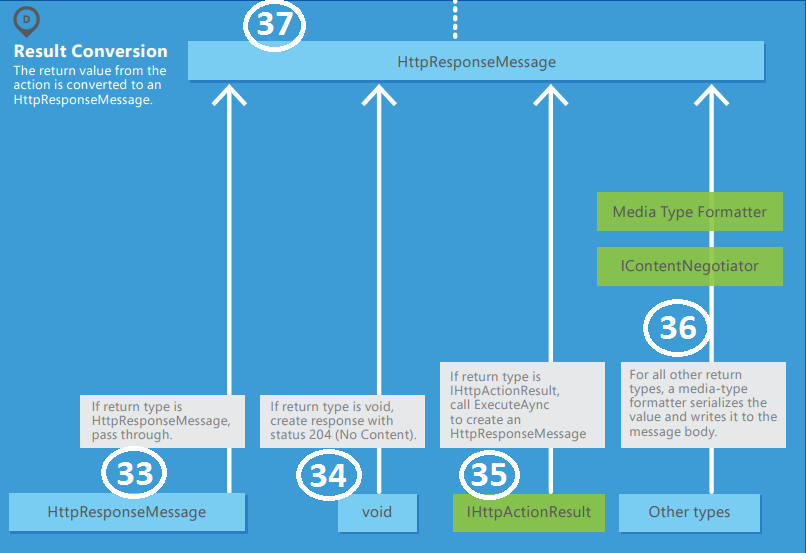 Tada! We've successfully walked through the entire Web API 2 request/response pipeline, and in only 43 easy steps!

Let me know if this kind of deep dive has been helpful to you, and feel free to share in the comments! Microsoft people and other experts, please chime in to let me know if I got something wrong; I intend for this post to be the definitive guide to the Web API 2 Request/Response Lifecycle, and you can't be definitive without being correct.

Code Is Ephemeral, Concepts Are Eternal 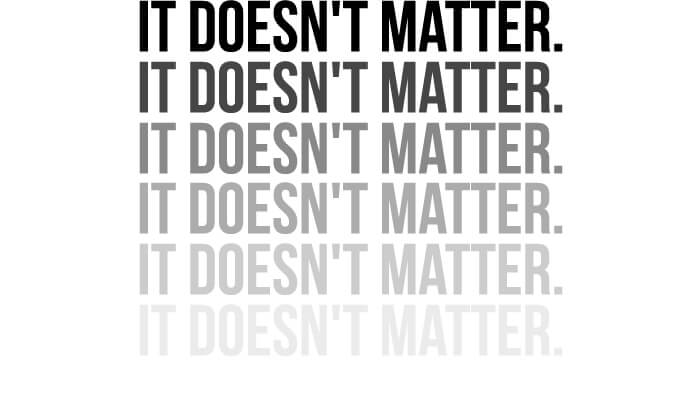 15 Fundamental Laws of the Internet